35 years ago St Helena Hospice was anticipating the arrival of its first patient, after six years of planning, fundraising and building.

The gardens had been landscaped and planted up by a team of dedicated volunteers, headed up by Margaret Farrow.

Matron Jenny Wayte and her nursing team were ready to continue the vision of Cicely Saunders, the pioneer of the modern hospice movement, by caring holistically for the whole person.

Chris Holmes, chair; Pat Gosling, administrator; Dr Elizabeth Hall, medical director; and the rest of the of the council of management, were about to see their hard work come to fruition.

A meeting was held in the Grand Jury Room, Town Hall, Colchester, “to consider the setting up of a hospice for the terminally ill to serve the Colchester Health District”. Those present: The Bishop of Colchester, Father Michael Stokes, Dr Kennedy, Dr Rhys Lewis, Deirdre Allen, Irene Overton and some 140 members of the public

A steering committee was formed chaired by Dr Elizabeth Hall, and the volunteers of the Colchester Area Hospice Project were ready to take on the groundwork

A £250,000 public appeal is launched at an old time music hall at Holmwood House School to establish St Helena Hospice, named after the patron saint of Colchester

Colchester health officials agreed to back a proposed home care scheme “to provide specialised care at home for the terminally ill” run in conjunction with the planned Hospice, as long as the National Society for Cancer Relief would fund it for the first three years

The National Society for Cancer Relief agreed to fund the home care scheme throughout north east Essex, with the help of Keith Dallisson, District nursing officer for the community, who became director of St Helena Hospice a few years later

The Hospice Appeal logo was launched, described as “the cross, emblematic of St Helena who carries it on top of our town hall with the H for Helena and Hospice” 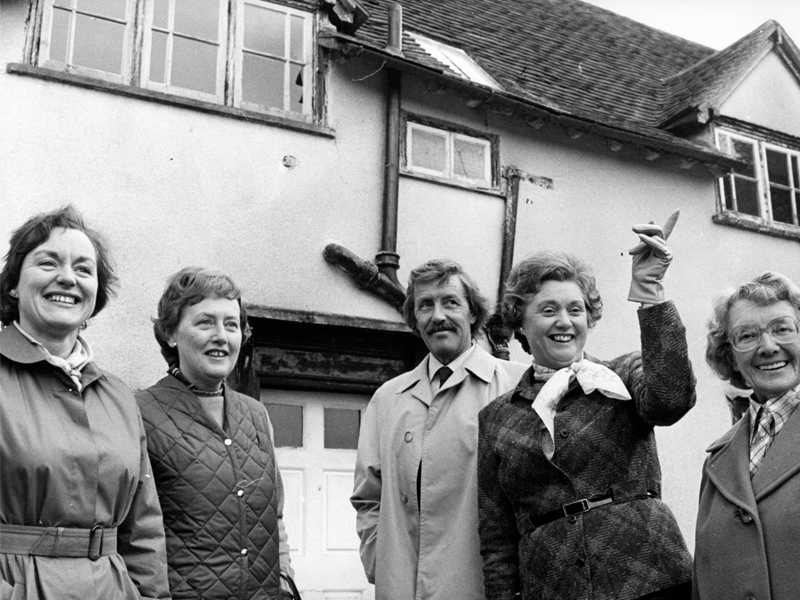 A planning application was submitted to change the use of Myland Hall, a 17th century grade II listed building being used by Highwoods developers French Keir, to a hospice. 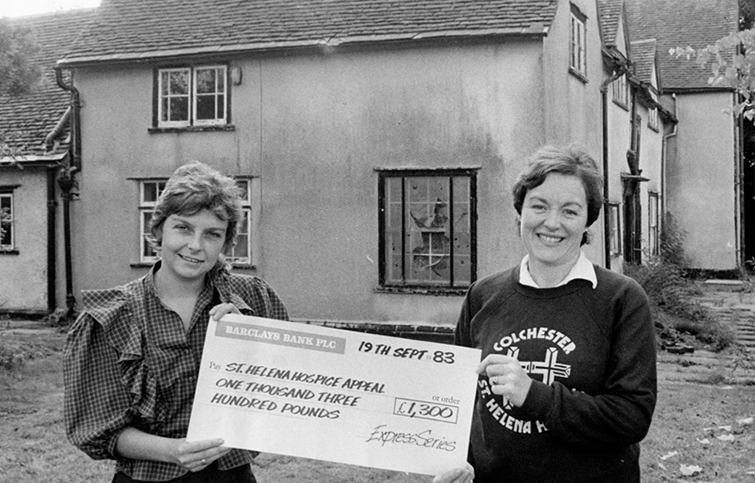 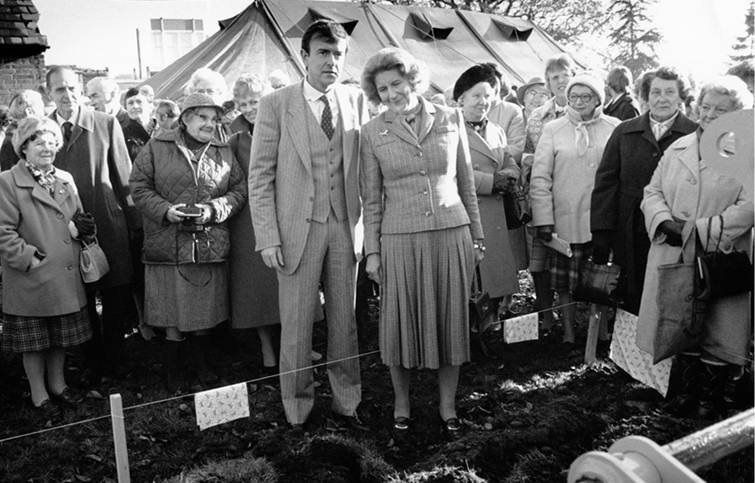 Anne, Duchess of Norfolk, cut the first sod in a ceremony in the grounds of Myland Hall to begin the building work, paying tribute to “everyone who has worked so hard and contributed so much” 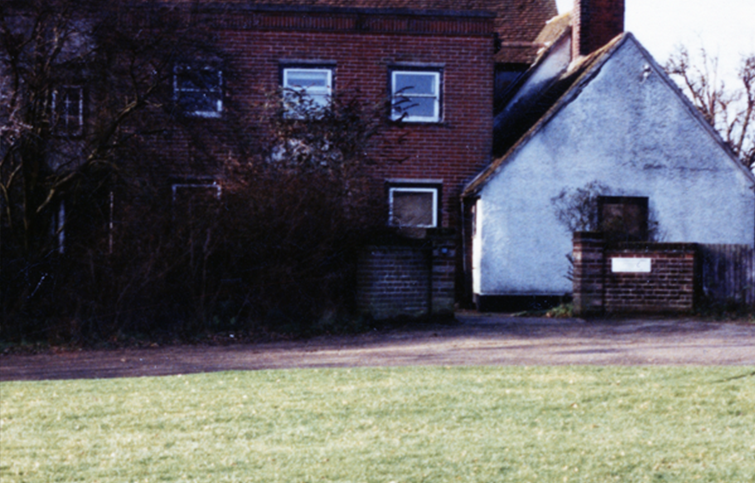 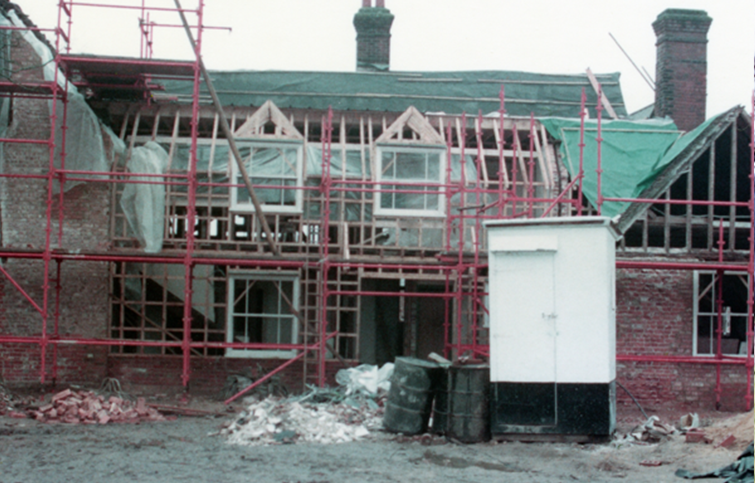 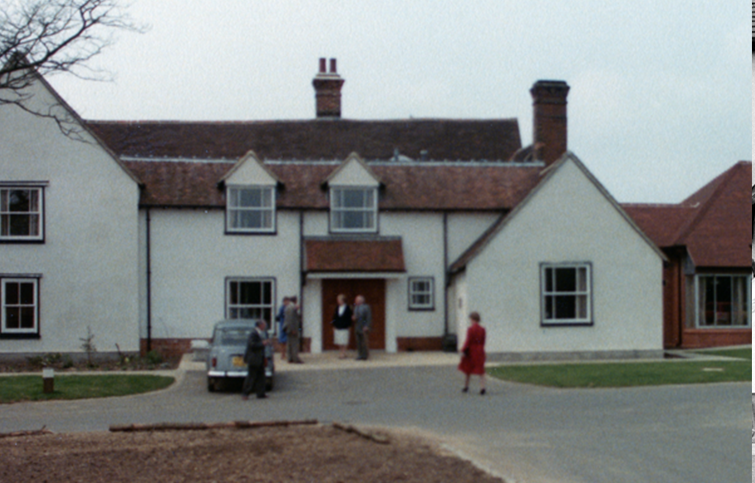 The local community was invited to look around The Hospice 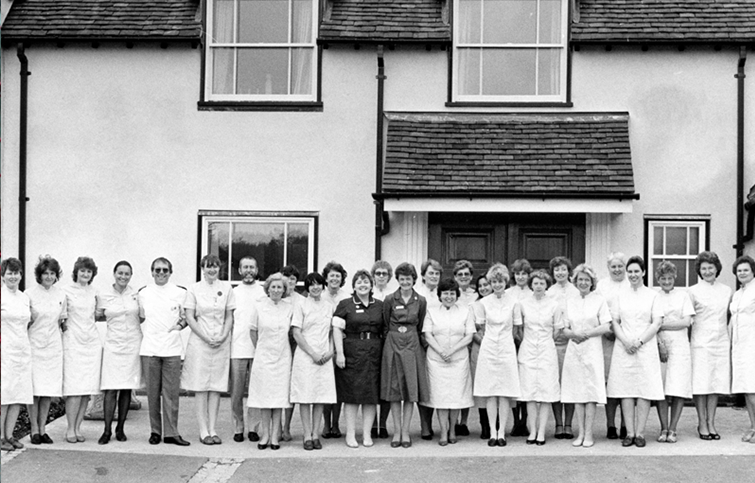 Through our St Helena Heritage Stories project we are collecting, recording and preserving memories of people involved at the beginning of our journey, supported by The National Lottery Heritage Fund.

Please email stories@sthelena.org.uk if you have a story to tell about the early days of St Helena Hospice.

I planted the long border that goes up the drive

Angela d’Angibau was part of the team of volunteers who worked tirelessly before The Hospice opened in May 1985, to create a tranquil garden for people to enjoy and reflect in.

Dr E chaired the 1979 steering group and was the first medical Director.

Mary found the site for the new hospice and was part of the appeal committee.

Allan promoted the new St Helena Hospice in the community.

Peter spoke at the 1979 public meetins alongside sister Deirdre Allen.

Lisa was the first patient to be admitted to St Helena Hospice.