Just as they were adjusting to life in lockdown in April, Doris Blunden’s family encountered a further blow.

Doris had fallen asleep in her living room chair while watching television together with her sister, Ann Ross, and daughter, Sandra Flynn, at their home in Holland-on-Sea, when they noticed her breathing had changed. Immediately, Ann phoned 999 and under the guidance of the call handler, Sandra managed to gently lay her mum on the floor.

“The ambulance came very quickly,” remembers Sandra. “The young man asked if they should take her to hospital and we said no, she didn’t want to go to hospital. He said that was fine and they put her to bed. Then he said he would phone St Helena Hospice, which staggered us, but they were here in less than an hour and they were just wonderful.”

Doris, who was 93 and was living with heart failure, had regained consciousness by the time the rapid response clinical nurse specialists arrived, and that was the first time they had contact with St Helena Hospice’s SinglePoint team.

The nurses admitted Doris to the virtual ward, which provides the same nursing and personal care as the patient would get if they were on a ward at The Hospice, but instead it is in the comfort of their own home.

Ann explains: “The nurses that came said there would be someone back twice a day and then a nurse would monitor pain relief for her because she was having a lot of pain and twitching in her leg, and she was very agitated.

“It wouldn't have occurred to us to have phoned St Helena Hospice but I don't know what we'd have done without it.”

Remaining at home was very important to Doris so Ann and Sandra worked with the virtual ward to help her fulfil her choice. 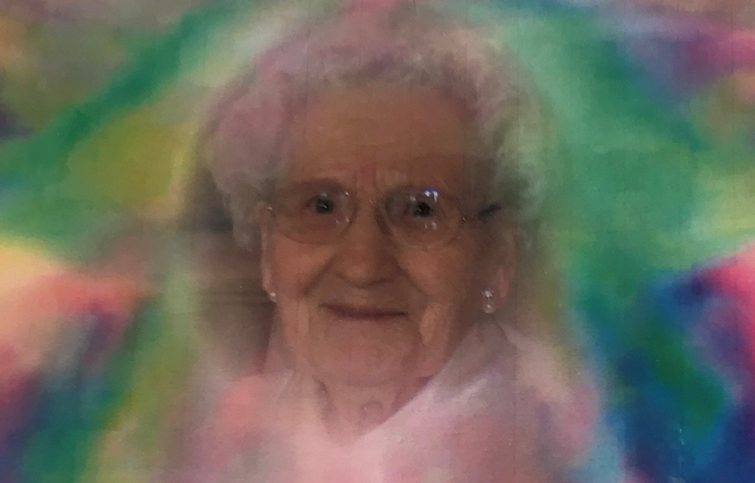 Ann recalls:  “Had we not had lockdown, they may have asked if she wanted to go into the hospice had they room but she wanted to be at home anyway. If she had gone in, we probably wouldn't have been allowed to see her and that would have been awful for all of us. It would have killed all three of us if we couldn't get to her.

“She trusted them implicitly and, when she was conscious, she was delighted they were there and that just relived us so much. We cannot praise them enough. It's an amazing service.”

SinglePoint arranged for a hospital bed to be set up at home, along with other equipment to support the family in caring for Doris.

“There was a lot of continuity, which I know is not always easy,” remembers Sandra. “We always knew the nurses who were coming to do her syringe driver, and they always used to treat her and talk to her with great dignity and respect. They explained everything to us too.”

Ann and Sandra welcomed the visits from the virtual ward team as they were not having much rest, especially after Doris had fallen out of bed prompting Sandra to set her alarm every hour during the night so she could check on her mum. She says:

“I was exhausted, but you just ignore it, don't you? The most wonderful thing was that I could phone SinglePoint at any time of the night or day, which I had to on numerous occasions, and they would either come out themselves or if there was a district nurse available quicker, they would send a district nurse. We never had to wait long, never, and that made us feel very secure; we knew we weren’t on our own.

“Because of COVID, the nurses came in plastic aprons, masks and gloves, but it wasn’t scary because they were so lovely.

“I remember there was an issue with the medication and they would phone around to sort it out for us and find out where there were supplies because not all the drugs were available in the local chemist, what with lockdown they were in short supply. I didn't have to deal with the medication except maybe go and pick it up from time to time.”

In early June, Sandra phoned SinglePoint after she woke to find Doris had died in the night. Ann remembers:

“They were here within an hour and did what they had to do. One of them went in there to sort Doris out and the other one came sat with us. It was a good death because she was pain free and at home with us where she wanted to be.

“If I were in her position, I couldn't ask for better people to look after me. Absolutely couldn't. And it was not just to Doris but to us too. The kindness to us was amazing; they were kind and nice to Doris, but equally kind and nice to us. We were pleased, really. I mean death is never nice, but we did everything we could for her.”

The risk of COVID-19 prevented Ann, who also has a heart condition, from attending her sister’s funeral, and limited the number of people at the funeral wishing to pay their respects. Sandra explains: 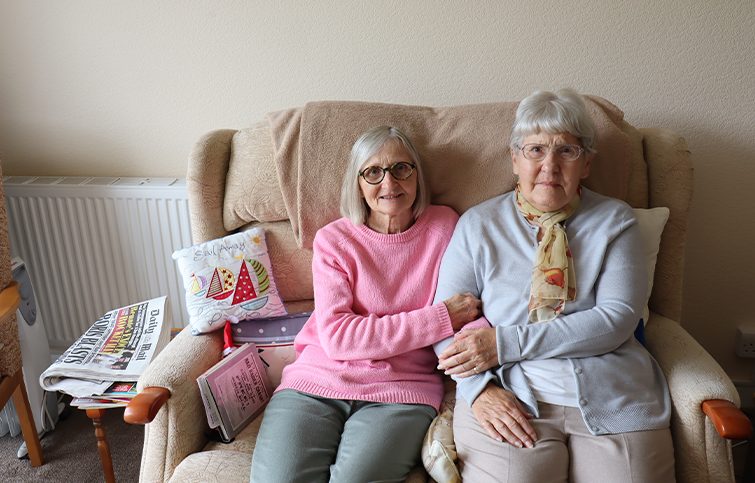 “We were allowed 20 people sitting in household bubbles at Mum's funeral, and there were some outside as well. My heart broke for those at the height of lockdown who could only have two. We couldn't touch the coffin and we didn't have flowers except for Mum's flowers that our friend made for her.

“It wasn't the funeral that I wanted it for Mum because in other circumstances, half of Holland-on Sea would have liked to have gone; there wouldn't have been standing room.

“We’re grateful for the phenomenal help and support generously given to my wonderful mother by the virtual ward in her final weeks, but also to my Aunt and me. We were all treated with unfailing compassion, dignity and respect.”

Naomi and Georgina met in a nightclub and hit it off straight away, falling in love and announcing their engagement a year later. Then a month before their planned wedding, Naomi was diagnosed with incurable bowel cancer, and then the country went into lockdown.

Ross Chirgwin is a rapid response clinical nurse specialist (CNS) and non-medical prescriber (NMP) in our SinglePoint team, who visits people at home across the whole of north east Essex when there is an urgent need or they are in crisis, day or night.

Anna is training to run the Chelmsford marathon proudly wearing a St Helena vest embellished with the name of her friend Mandy who is receiving treatment for cancer. Anna’s own condition, functional neurological disorder, makes it an extra personal challenge.

That's what we're here for

Katy Billimore is a senior staff nurse in SinglePoint, part of our hospice in the home team.

We listened to mum's wishes

Josephine Gunnee made sure she grasped every opportunity, and being diagnosed with a rare cancer didn’t stop her from going out with friends and spending time with her family